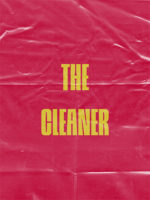 NOTE! This game works ONLY on Windows 10 x64, build 1709 or later. I also recommend you to install Windows Store, Xbox and Xbox Identity applications for crack to work. Also virtualization (Hyper-V Support) must be set off either in OS settings and/or in BIOS. If the setup won’t turn on Developer Mode on your OS, turn it on manuallyRunning the Game and avoiding missing saves